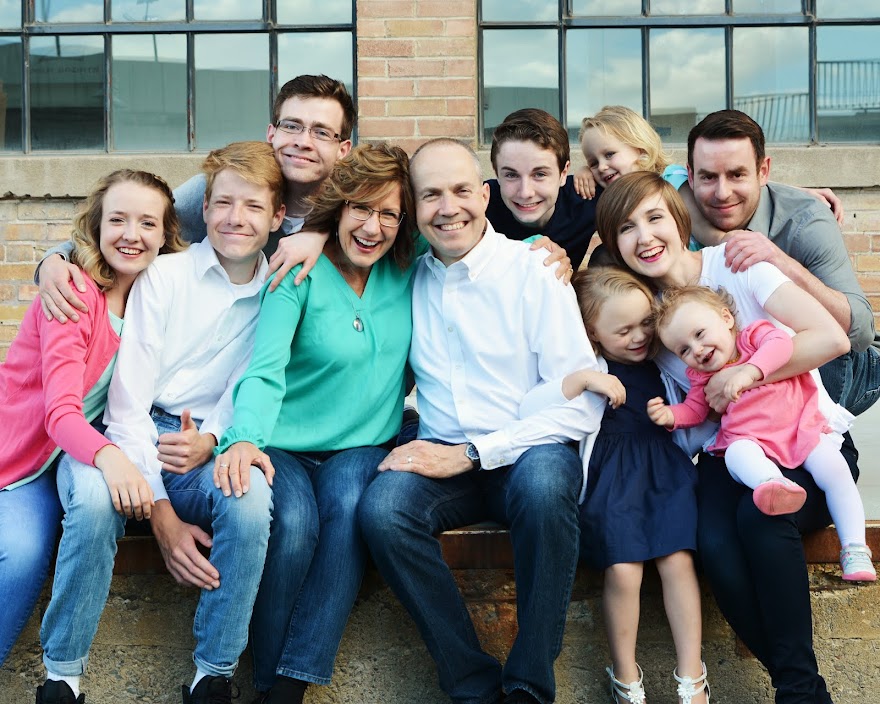 Ten Posts I Wrote about the LDS-LGBTQ Intersection 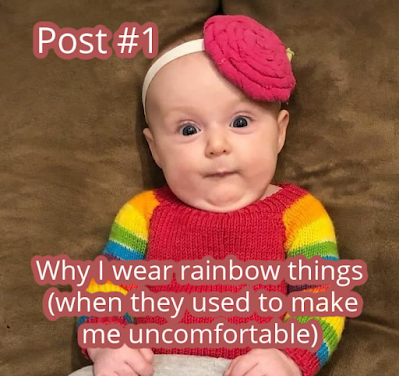 Post #2 - Is being Gay a Choice? Let's clear up some false assumptions about LGBTQ people 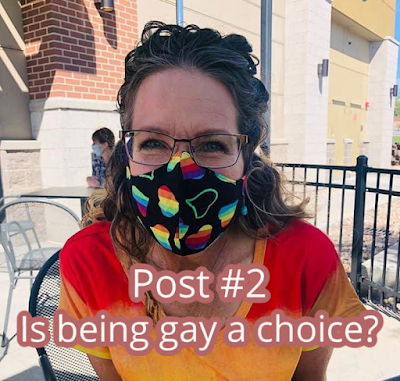 Post #3 - Can I love and support LGBTQ people and be an active, worthy member of the church? 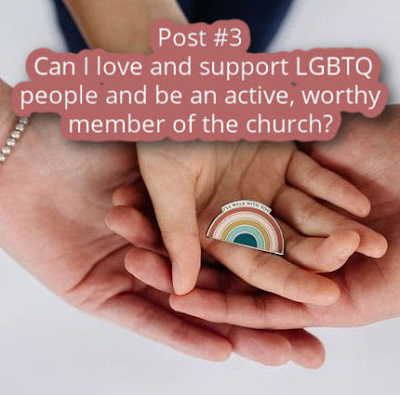 Post #4 - Why do LGBTQ people have to come out? Straight people don't do that. 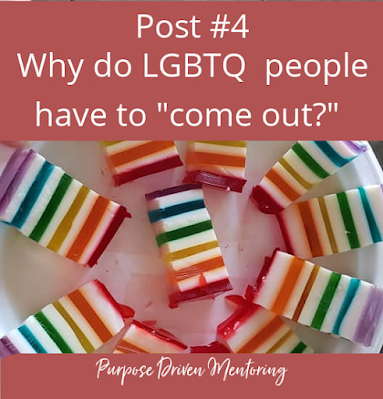 Post #5 - Attending a pride march can be a spiritual experience? 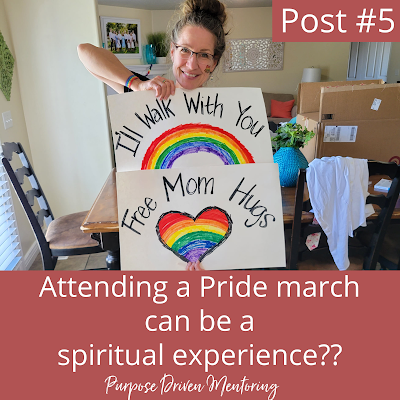 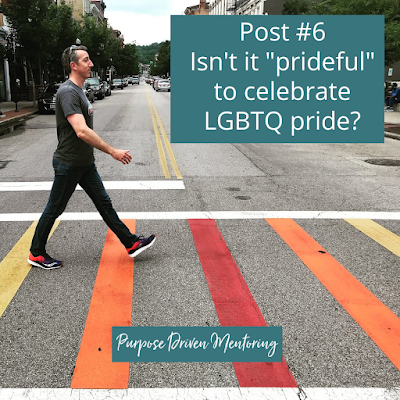 Post #7 - Is it possible to feel God at a gay wedding? 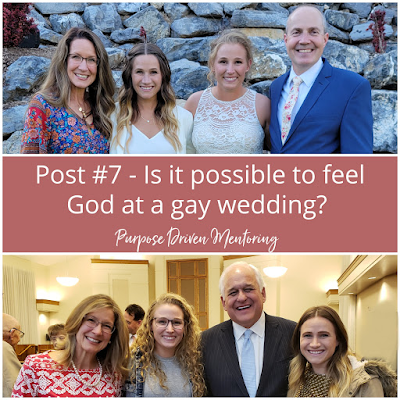 Post #8 - What to do when your child comes out as LGBTQ? 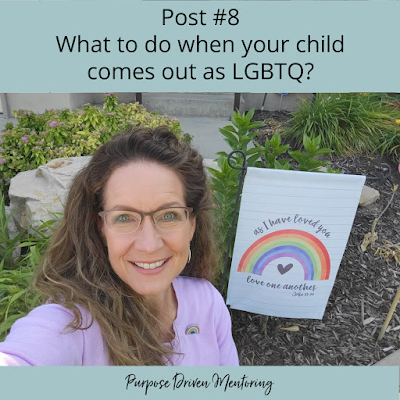 Post #9 - Why all the labels? Straight people don't use labels. And what do all these letters mean, anyway? 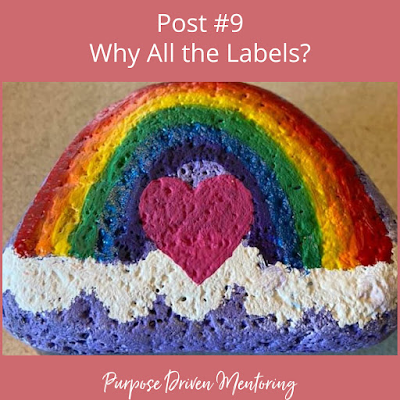 Post #10 (Part 1) - What church teachings have changed over time about LGBTQ people? (The five C’s) 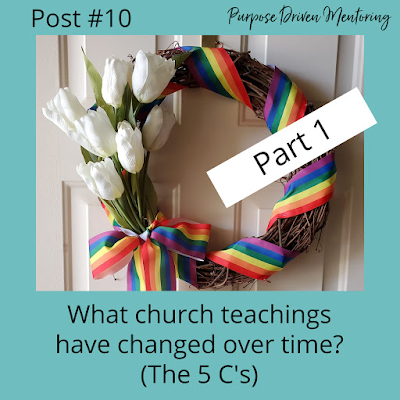 Posted by Becky Edwards at 3:33 PM No comments:


"After my child came out, Becky was among the first people I reached out to for support. She really understands the complexity of being an LDS parent of LGBTQ kids. Her insights have helped me strengthen my relationship with my child and love as the Savior loves. Becky’s wisdom and expertise will help anyone navigating the experience of parenting an LGBTQ child." - Tiffany

I've had countless parents reach out to me feeling isolated and desperate for support and resources. This class may be the lifeline you or someone else is looking for.
I'm grateful I felt prompted to create this class to address many of the common questions that come up for LDS parents of LGBTQ kids.
As a faith-based life coach, I'm grateful to offer parents support, paradigms, and tools to:
You get ten hours of quality trainings that can help you find more peace, hope, clarity, support, and personal revelation on your path.
I am donating 15% of the proceeds to Flourish Therapy, a cause near and dear to my heart.
The class goes from Tuesday, November 2 through November 30.
Reach out if you have any questions about the course or have a financial need for a scholarship.
Click this link for details and registration.
"When I embarked on my journey as a mom to an LGBTQ child, Becky shared several talks, articles and YouTube videos that were just what I needed at that time. She listened to me. She understood what was in my heart and on my mind and helped direct me to resources to help me. She also helped me feel seen and validated my feelings. She did not judge me. This was huge for me because I felt so alone and misunderstood by so many. I felt as if I were sinking. Becky has a way of soothing your troubled heart. She’s wonderful and is doing so much good for so many" - Megan Andrews 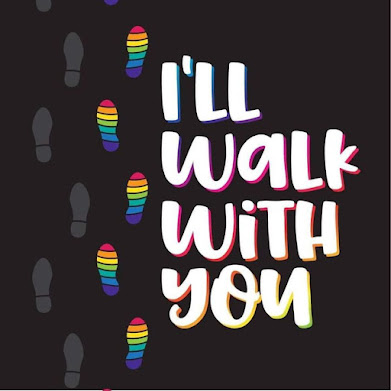 Posted by Becky Edwards at 5:54 PM No comments:

Life on Purpose program is starting next week! 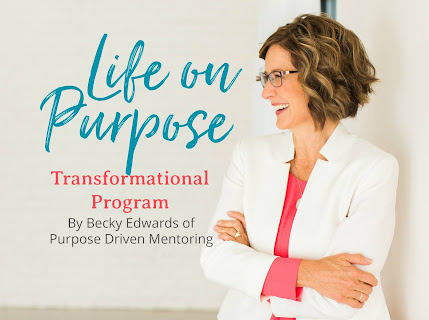 "Becky shares simple tools that allow us to take charge of our minds and emotions. Powerful, life-changing concepts that help us break through walls and upgrade our relationships, our thoughts, our moods, and the Heavenly inspiration we receive. This Life on Purpose program has truly changed my life and my relationship with my Heavenly Parents and my Jesus! I am so grateful!" - Cay

The Second Coming is getting closer. There is a lot going on.

Fear, confusion, mental health struggles, exhaustion. The adversary seems to be working overtime. Many are feeling overwhelmed and stuck and don't know what to do next.

As a faith-based mentor, I have never seen a greater need than now for the tools the Life on Purpose program teaches - to manage and upgrade our own thoughts, emotions, relationships, inspiration, order, habits and self-mastery, and to overcome obstacles to accomplish what we feel called to do, whether in or out of our home, or both.

Click the link to check out the program and register.
There's a deep discount through Tuesday, Sept 21 and some amazing bonuses!

If you're a faith-based person, I invite you to check in with God to see if this program feels right for you. If it does, I'm excited to have you join us! It's going to be an amazing ten weeks!

"Becky's faith-based mentoring program has given me access to tools and reprogramming new habits in a way I have never experienced in any other self-improvement program I have taken. Her Progress Tracker is my planner going forward forever. I love it. The goal posters have pushed me to break through hang-ups about goals in the past and helped me realize the accomplishment. It is a powerful part of the program. A better understanding of how to connect with heaven and hear Them has changed my perspective of those who live on the other side of the veil and I have learned through letters to heaven and heaven journaling they are closer than I ever realized and learning how to hear and receive messages of strength and encouragement from them has been such a blessing in my life. Becky herself is such an inspired and fun leader. Her happiness is contagious and her spirit is deeply touching. I love the changes I am making in my future from being involved in the Life on Purpose training." - Vicki

Posted by Becky Edwards at 2:43 PM No comments: 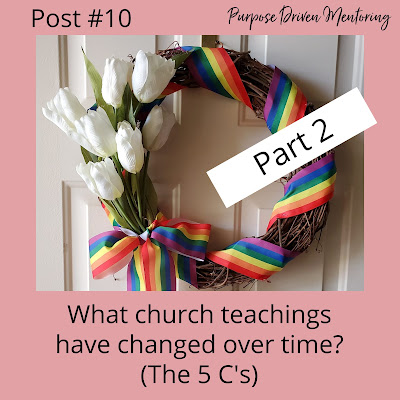 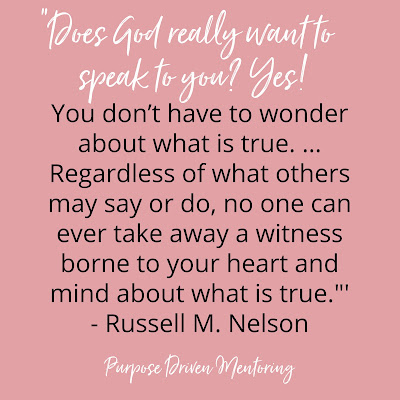 Posted by Becky Edwards at 12:00 PM No comments:

Post #10 (Part 1) - What church teachings have changed over time about LGBTQ people? (The five C’s) 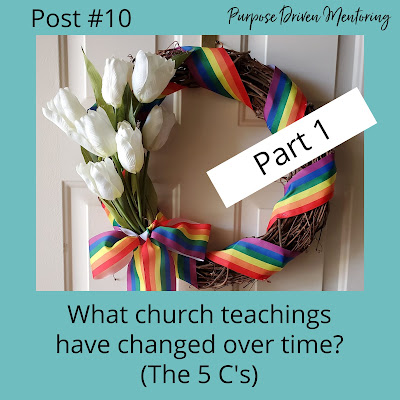 Q - What church teachings have changed over time about LGBTQ people? (The five C’s)

A - Latter-day Saint teachings about LGBTQ people have changed significantly over the years. 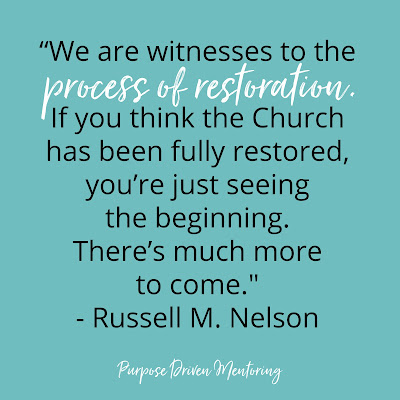 Posted by Becky Edwards at 11:55 AM No comments:

Post #9 - Why all the labels? Straight people don't use labels. And what do all these letters mean, anyway? 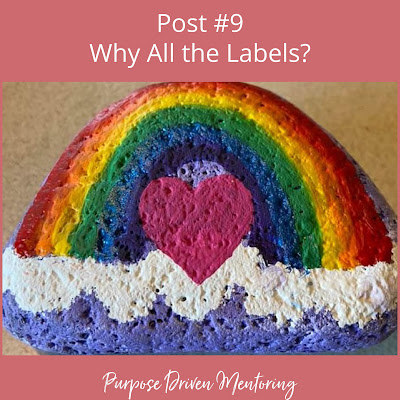 Q - Why all the labels? Straight people don’t use labels. And what do all these letters mean, anyway?

A - You’re right that straight people don’t need to label themselves or to come out because in our heteronormative culture, people assume you’re straight and treat you as such unless you let them know otherwise. 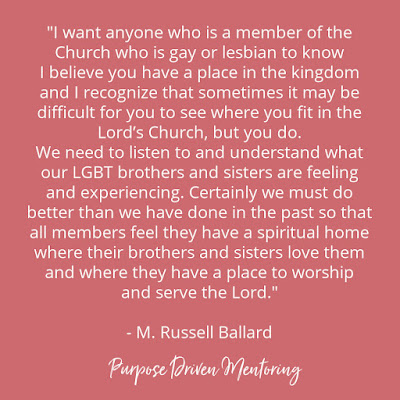 Posted by Becky Edwards at 8:55 PM No comments:

Becky Edwards
Becky is a faith-based life coach, speaker (including BYU Women's Conference), and writer. She is a former LDS seminary and institute teacher, coach for 3 Key Elements' Elite Mentor program, professional organizer and homeschooler. She is a mother of five, grandmother of three, blogger, truth seeker and sharer.